Vienna, Austria has been considered one of the most beautiful cities in Europe, and historically, one of the most significant (especially in the world of music). You could spend weeks there and still not see everything you want, but if you are limited on time, here are our favorite things to do in Vienna in 1 day. 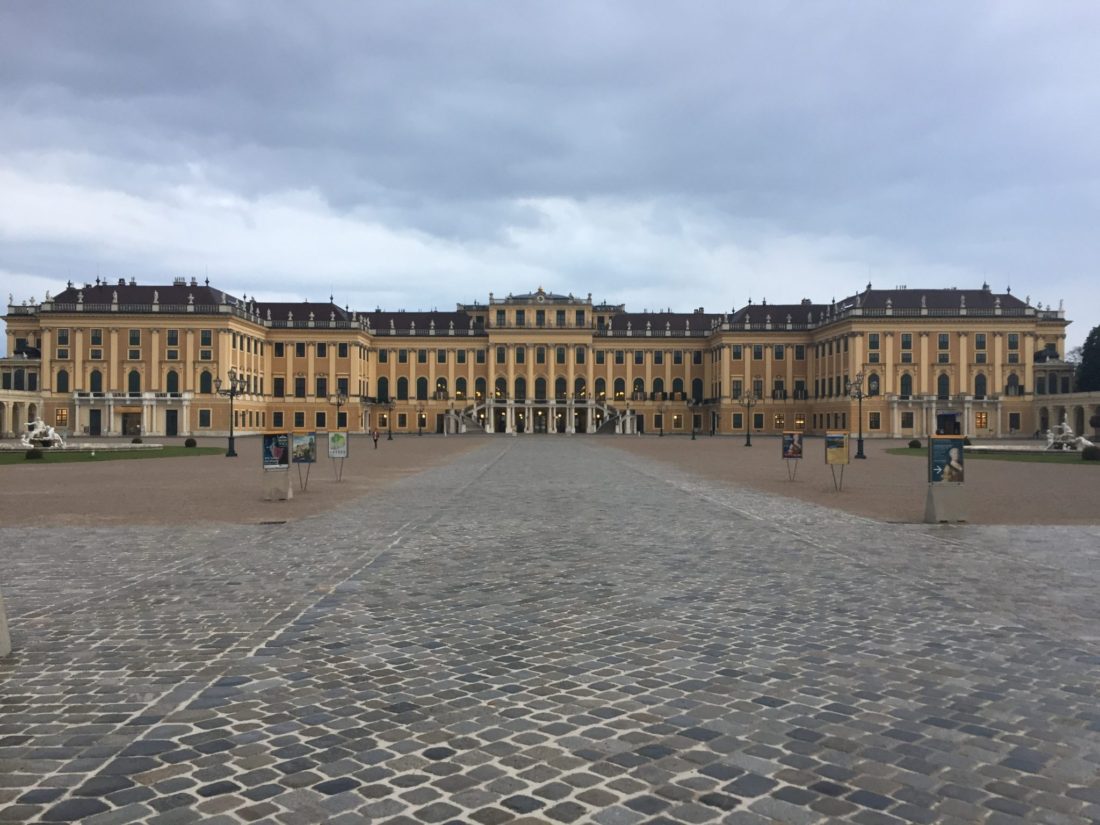 The palace could take days to walk through. Built between the 16th and 17th centuries, the palace features 1,441 rooms. It was “spring” home to the royal family for nearly 300 years, and when the Habsburg monarchy fell in 1916, it was transferred to the Austrian state.

The palace is still used for events, including many concerts, and features tours of the numerous buildings on the grounds. 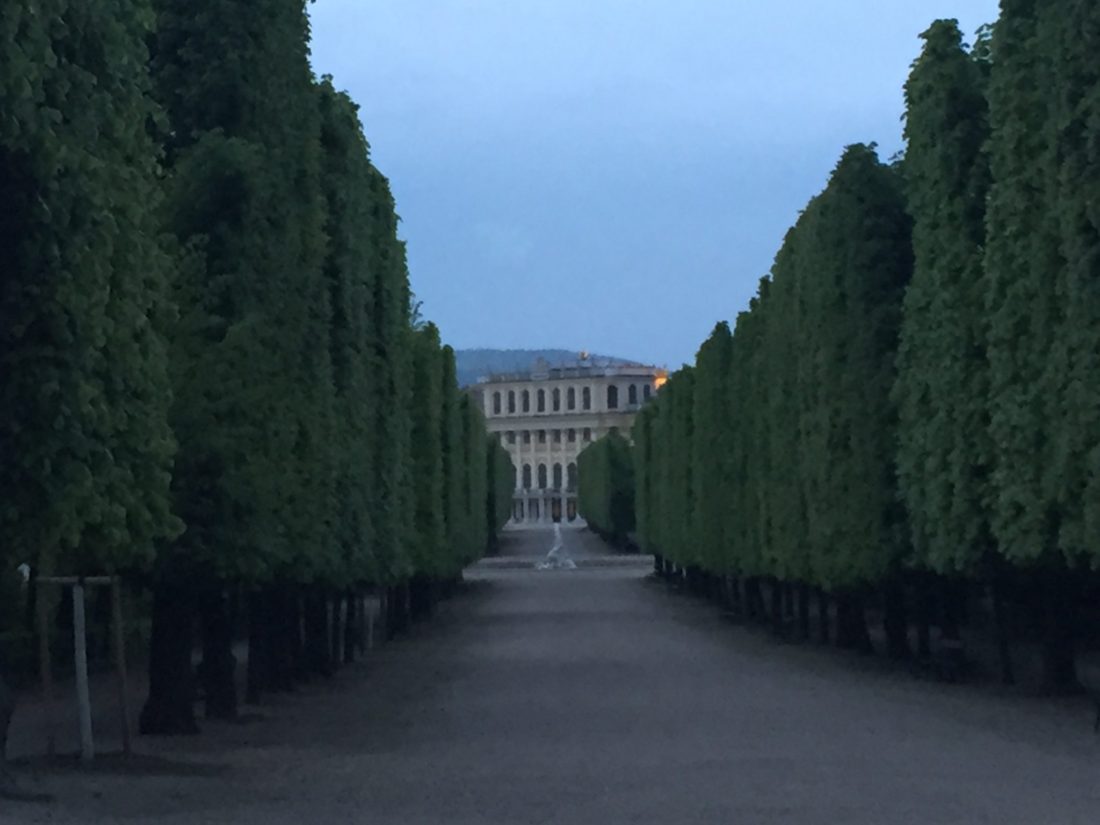 The gardens at Schönbrunn Palace could be seen as their own attraction, and are well worth the visit. The gardens include a maze, Roman ruins, and and numerous sculptures (or replicas). Make sure you save time for the gardens, because they are just as spectacular as the palace itself — and will take you hours to walk through.

There are also art shows and music, so be sure to book your Schönbrunn Palace skip-the-line ticket and guided tour now!

How to get to Schönbrunn Palace 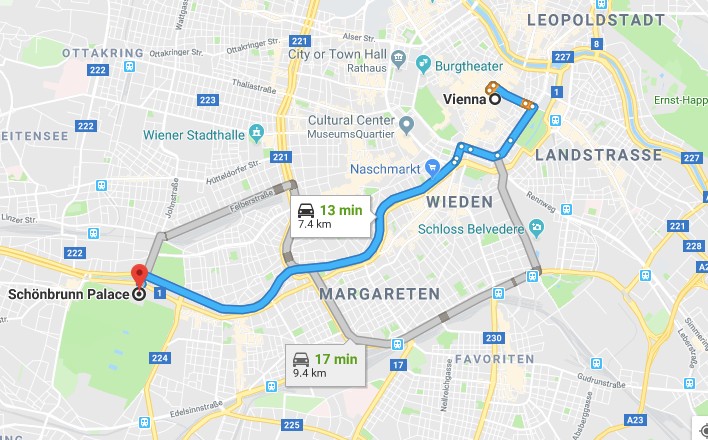 Schönbrunn Palace is nearly 7.5 km from Vienna’s city center. To get there, you can take a bicycle, taxi, bus, or the train. Publis transit that will take you to the train includes:

Learn more about all the ways you can get to the palace from different areas of the city. 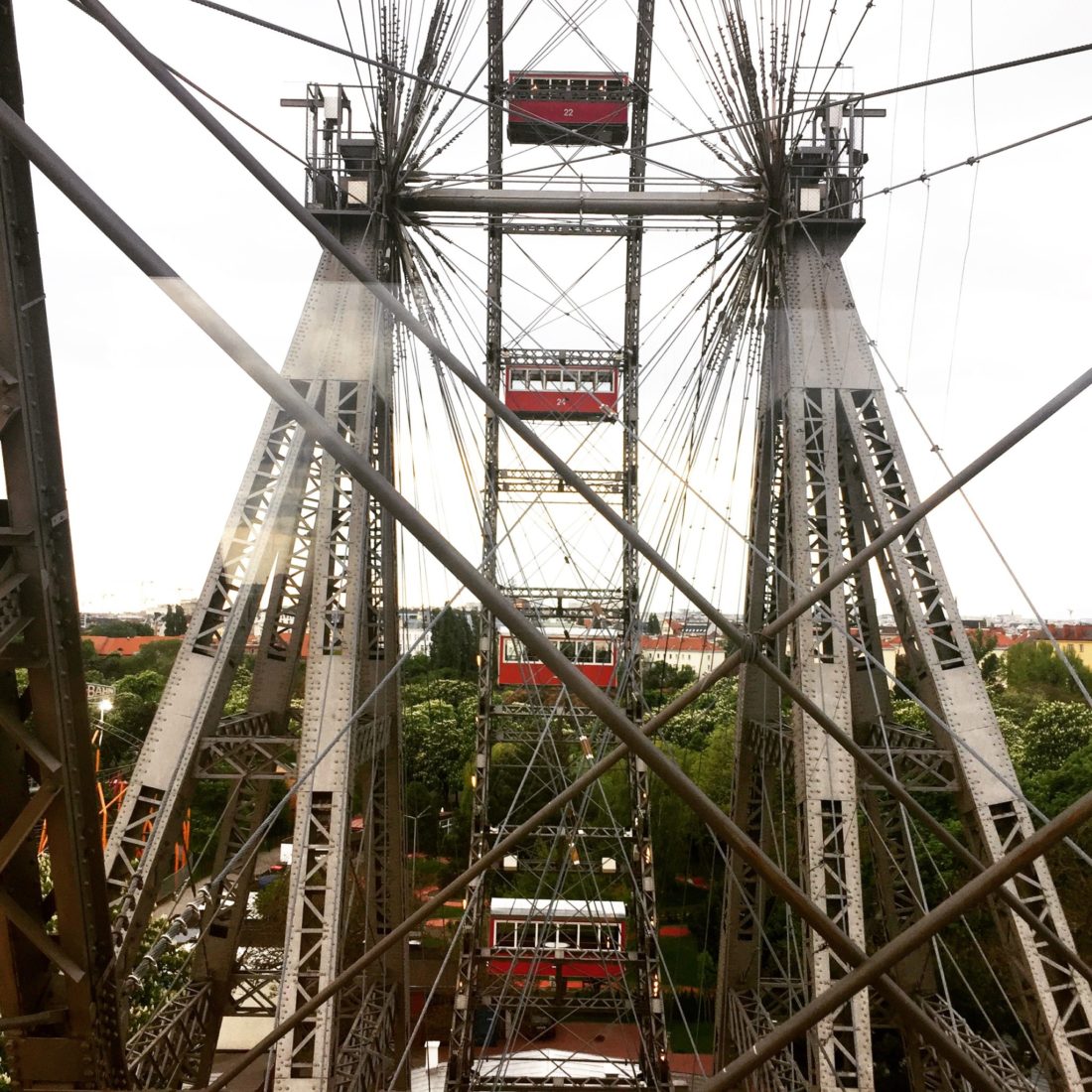 The Ferris Wheel is within a modern theme park within Vienna, so it may not seem like much of a feature. But the 212-foot ferris wheel is significant for many reasons, the first being that it was built in 1897 and is therefore a significant piece of Viennese history.

How to see London in 3 days

The second important piece of the ferris wheel is that it has one of the best views of the city. Take a trip up to the top, and make sure to bring your camera. You will not ride in a bucket seat at Wiener Riesenrad, but in fact a large trolley car that fits at least a dozen or two dozen people. You can either rent out your own car (in advance) for a date, or you will share your car with multiple other people. How to get to Wiener Riesenrad 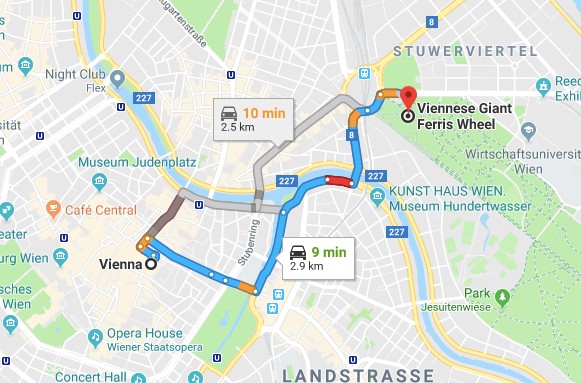 You can make your way to the ferris wheel by car, taxi, bicycle, or public transport.

Here are some ways you can get there from different areas of the city: 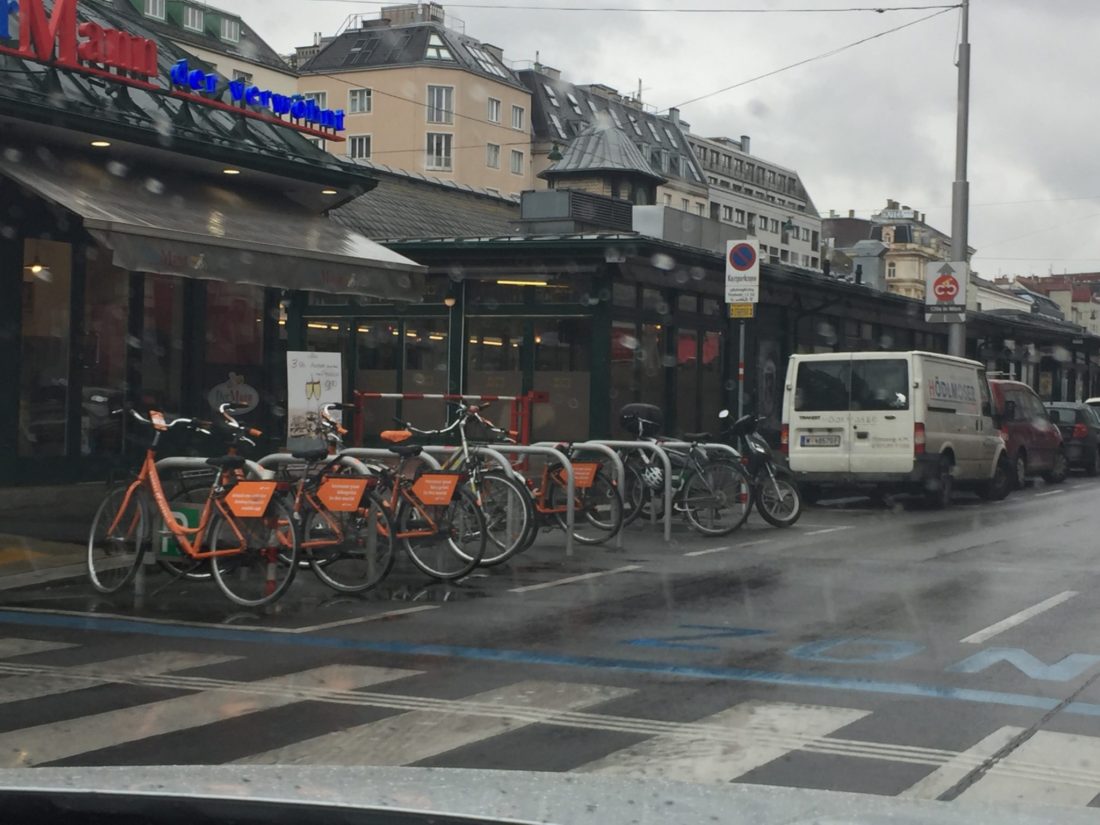 Although many European (and American) cities now have bike share programs, Vienna has one of the best I have seen. Not only are their bicycles free to rent (there is a sign up fee of only a few dollars), but the city infrastructure was built with pedestrian safety in mind.

Most of the city’s bike lanes are not on the road, but actually on the extra-wide sidewalks. For anyone worried about riding a bike on an unknown busy road, your fear will soon be dispelled after seeing how Vienna has built their roads around pedestrians.

We used Citybike Wien, which was an easy process and had stations all across the city.

You can find Citybike Wien’s full interactive map at their website, but to give you an idea, this is how many stations they have all across the city.

If you are looking to make it to the city, book your Vienna PASS, which includes 1, 2, 3, or 6 Days of Sightseeing Get a Vienna Sausage 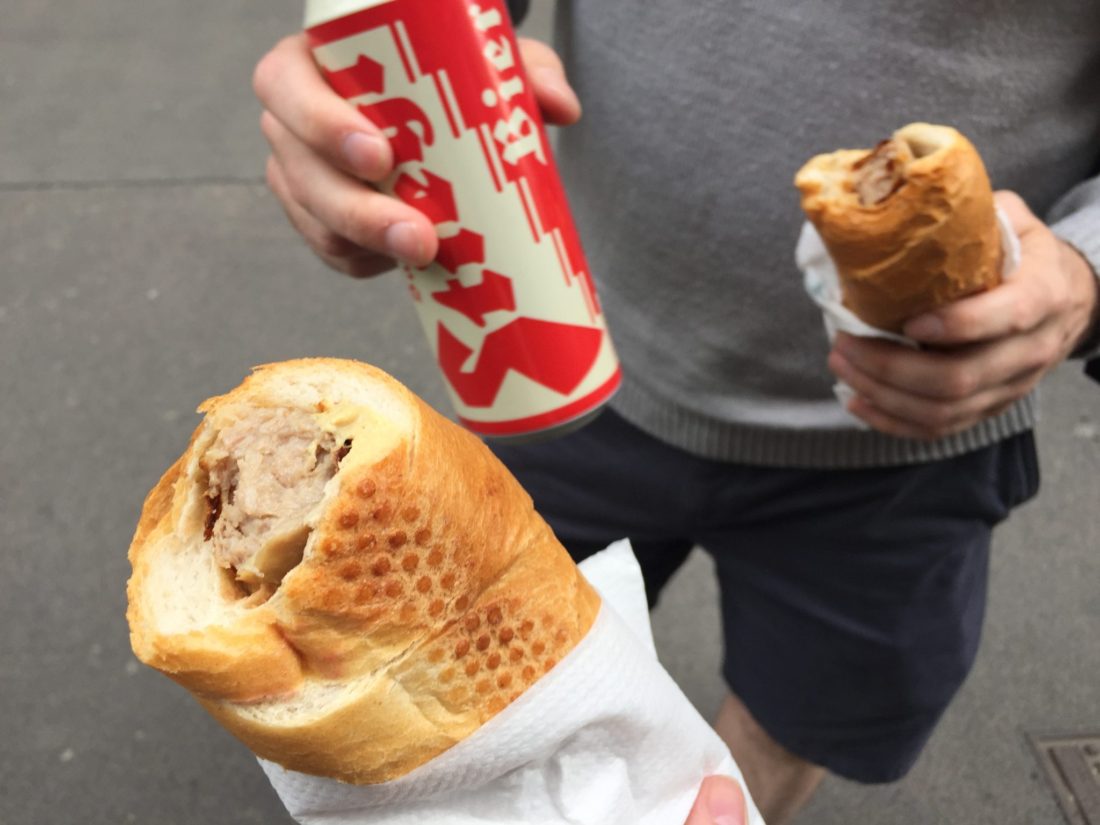 “When in Rome, act as the Romans do…” they say. The same can be said for getting a Vienna Sausage in Vienna. There are numerous street vendors selling these throughout the city, and it goes great with a beer and a walk around the city.

Recommended: If you are instead looking for a 2-day itinerary to Vienna, here is a great one

The food in Vienna is arguably one of the best things about visiting, so make sure you are adventurous with your food choices while in the city. 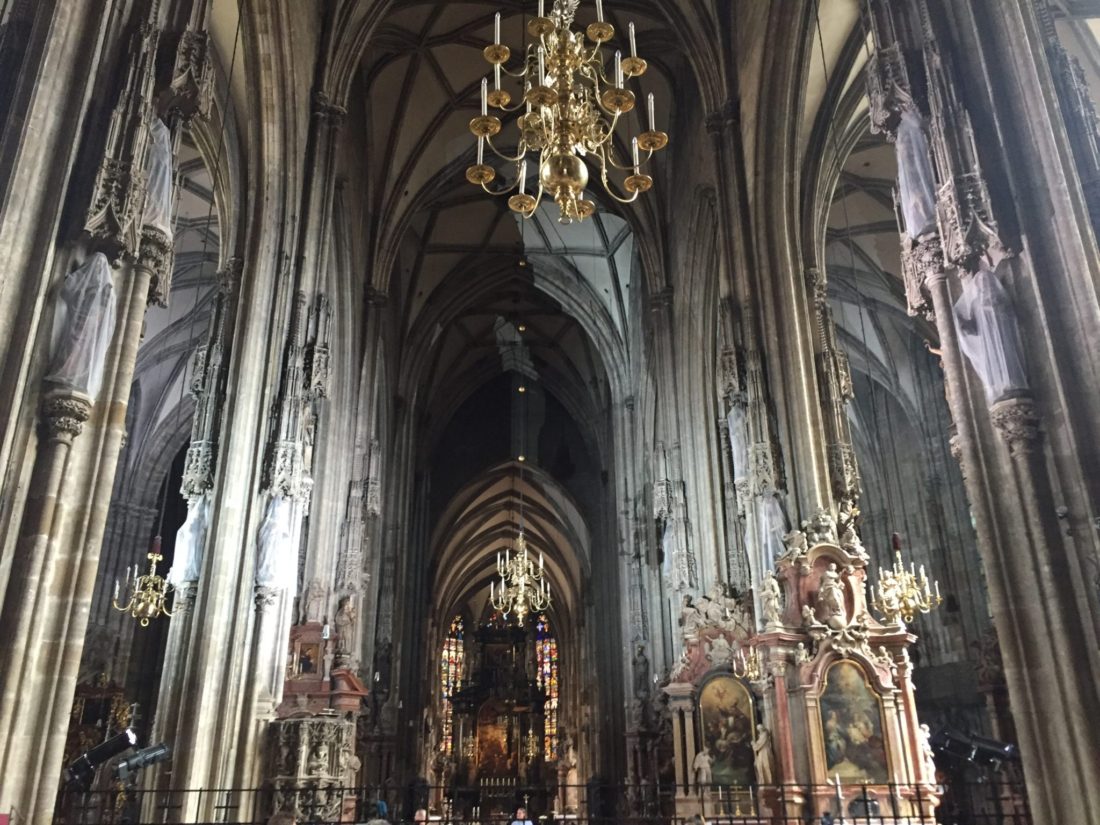 St. Stephen’s Cathedral is a sight to see. Even if you don’t plan to visit the cathedral, you will likely stumble upon it as it is in the center of the city. The 700-year-old church is a significant piece of the city’s history, but is also important for another reason:

Getting to the top of St. Stephen’s Cathedral in Vienna, Austria

Although you can no longer climb the steps to the North Tower, or Steffl, there is an elevator that will take you to the top of St. Stephen’s Cathedral in Vienna — and it is our very favorite thing to do in the entire city of Vienna. You can buy your tickets in the gift shop of St. Stephen’s — but that is not something they advertise. In fact, it can be a little tricky to find, but ask the gift shop attendant and they can guide you.

Recommended: Most Beautiful Cities in Europe You Must Visit

Along with Wiener Riesenrad, the tower will give you one of the best views of the city. I would suggest starting your tour of Vienna up there, and you can map out your journey by seeing what the city can offer.

The roof of St. Stephen’s Cathedral has a very unique feature: 230,000 roof tiles that form a sort of mosaic.

Take your time exploring the roof and walk all the way around to see the many views (including the Vienna Ferris Wheel). 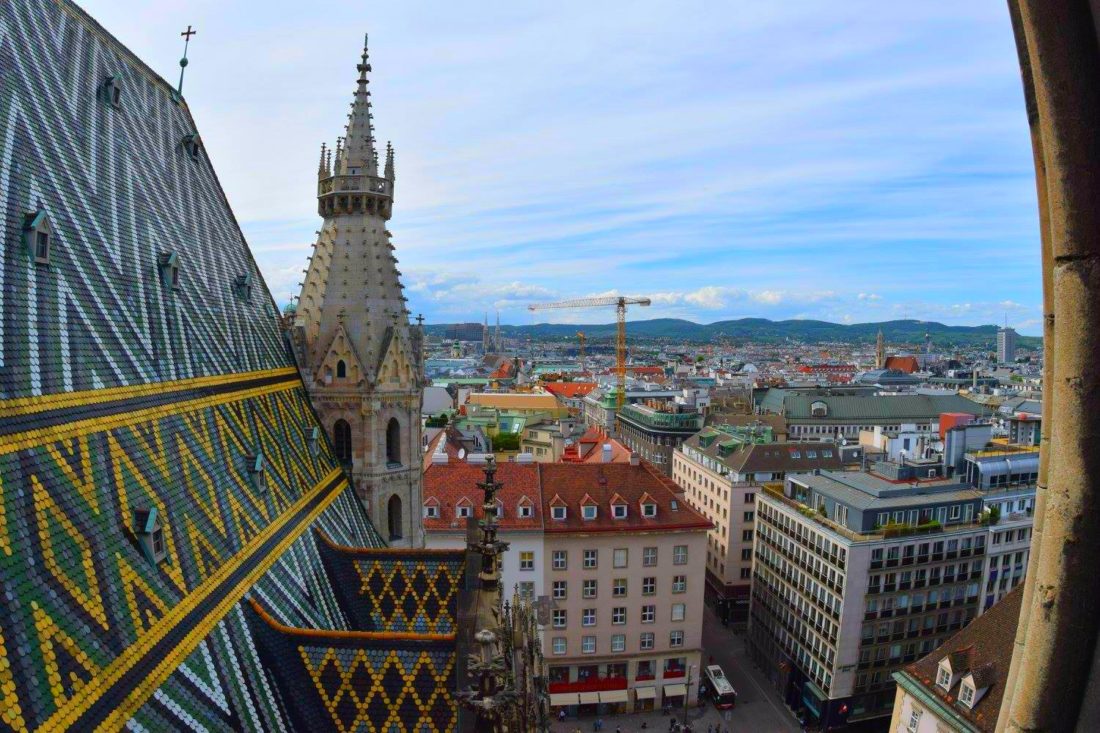 TELL US – Did we miss anything? What are your favorite things to do in Vienna in 1 day? 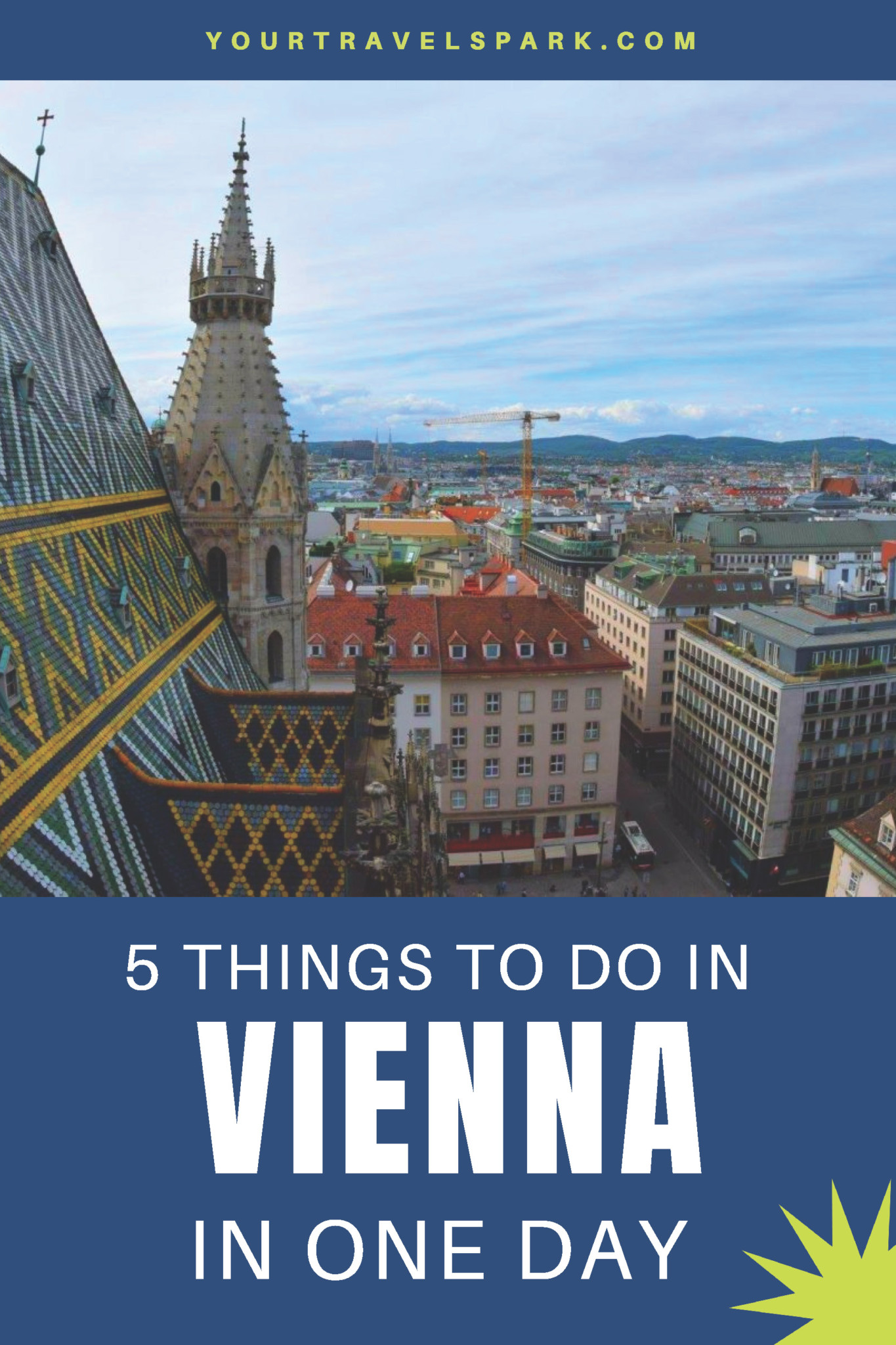 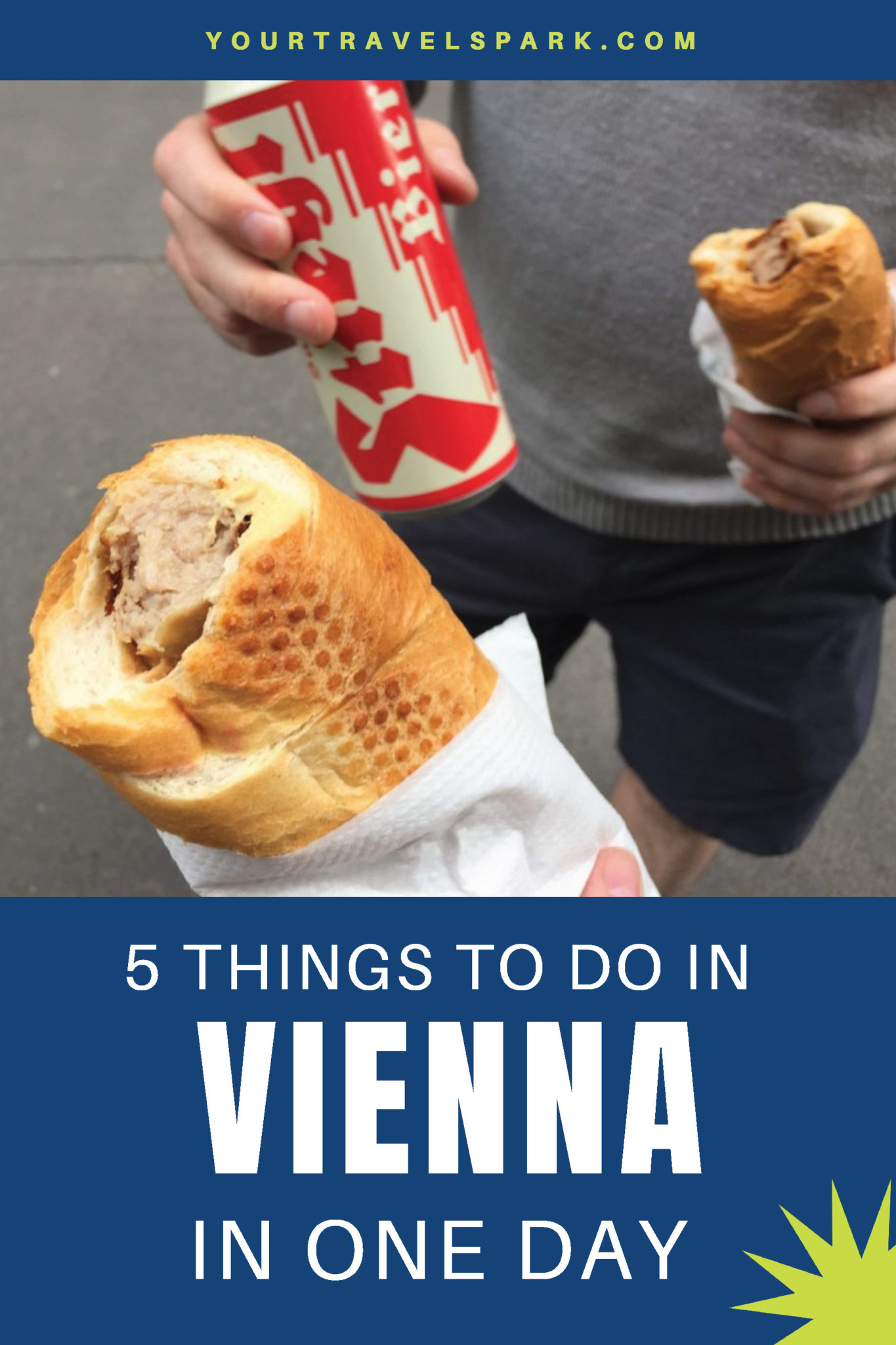 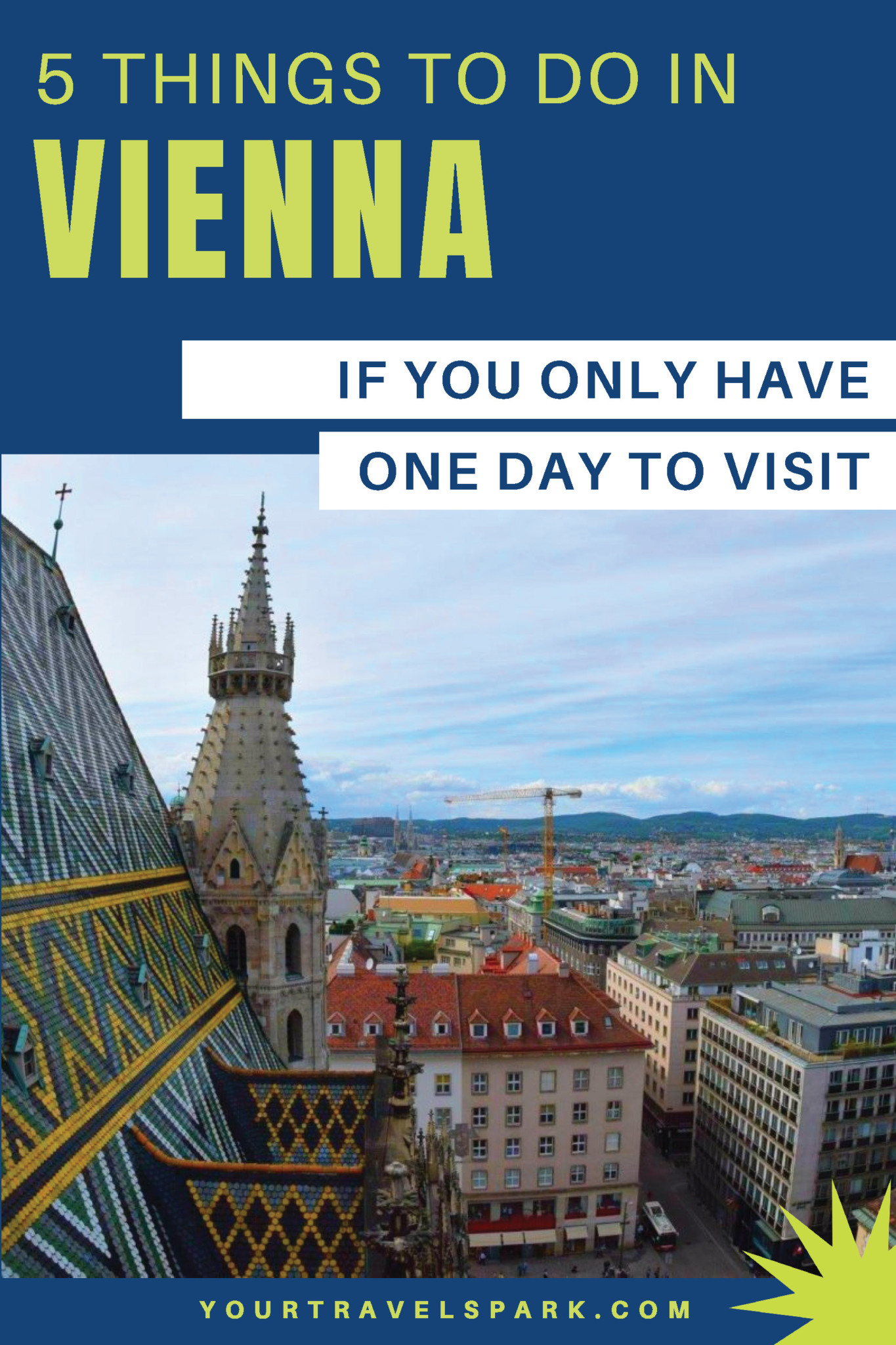 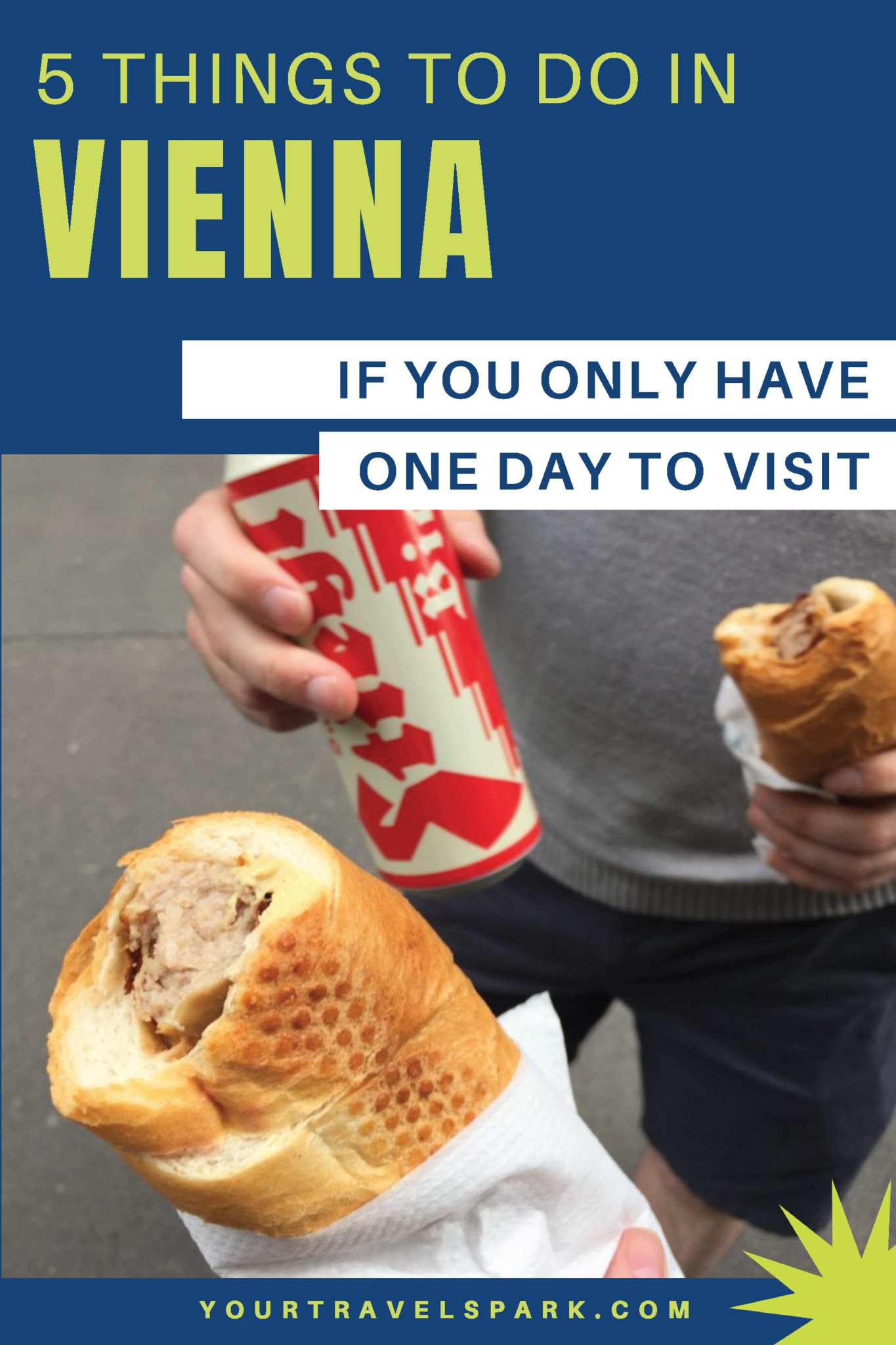