Smith Rock State Park is unlike anything you have ever seen. Created out of thousands of years of volcanic eruptions, Smith Rock has numerous rock structures, which make it perfect for climbing, hiking, or horseback riding. Here are the things you need to know to spend a day at Smith Rock in Central Oregon. 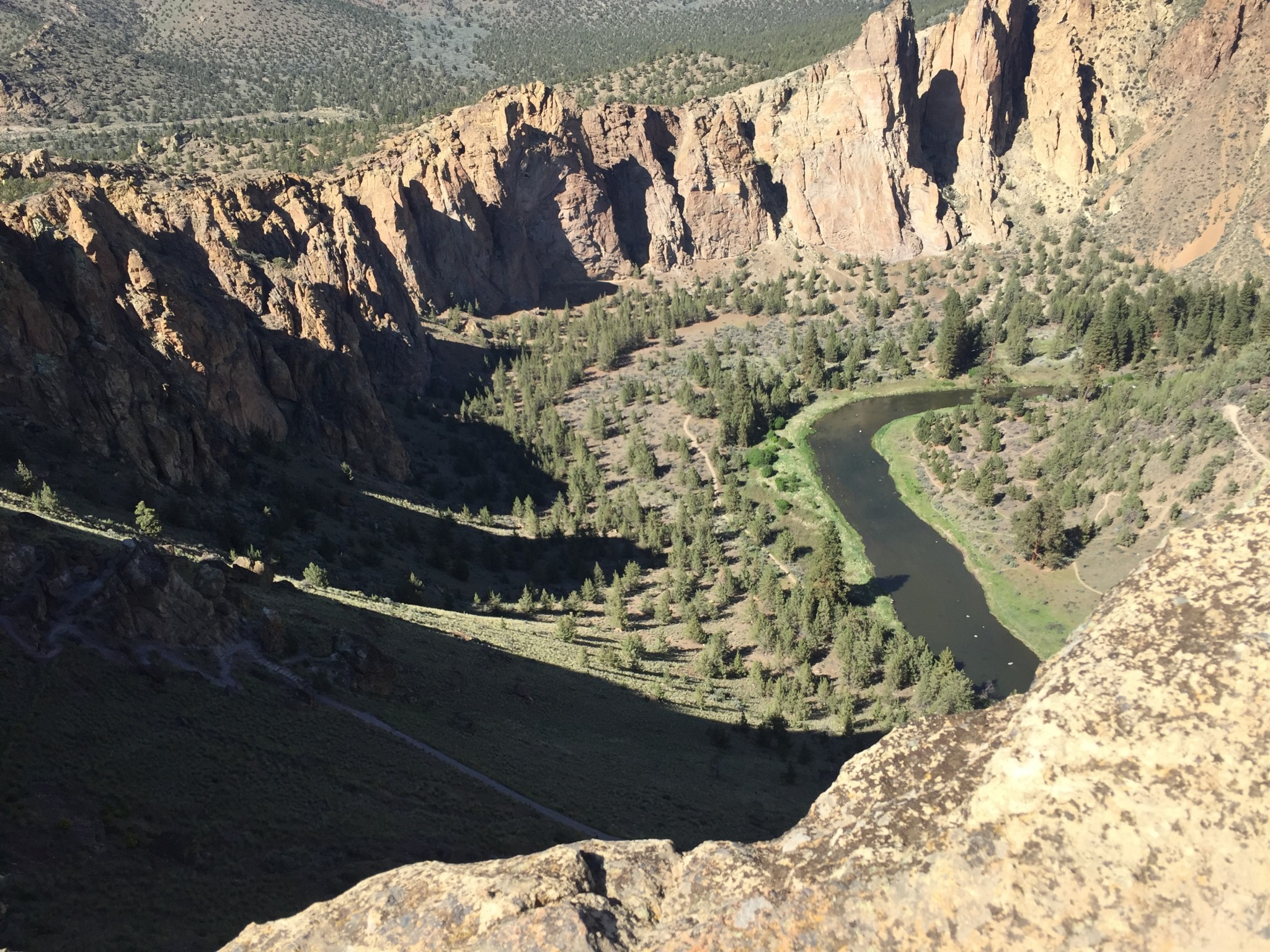 Smith Rock is located in Terrabonne, Oregon, less than 30 minutes outside of Bend, Oregon. The cliffs are made mainly out of basalt, which is volcanic rock that makes up most of Central Oregon. There are numerous active volcanoes within a few miles of Smith Rock and most of the ground in the area (including under Bend) is pure volcanic rock — mostly from an eruption of the Newberry Volcano south of Bend less than 1,500 years ago.

Camping at Paulina Lake and hiking the Newberry Caldera: Visiting an active volcano

The volcanic eruption that shaped the area happened about 30 million years ago, when a large caldera was formed. After the rock collapsed, it filled the caldera, which became Smith Rock. Only 500,000 years ago, another eruption added to the structure.

The Crooked River began running through the area even more recently, which helped form the Smith Rock we see today.

Smith Rock is about 600 feet high with thousands of different hiking routes, and is perfect for a day hike or for climbers. 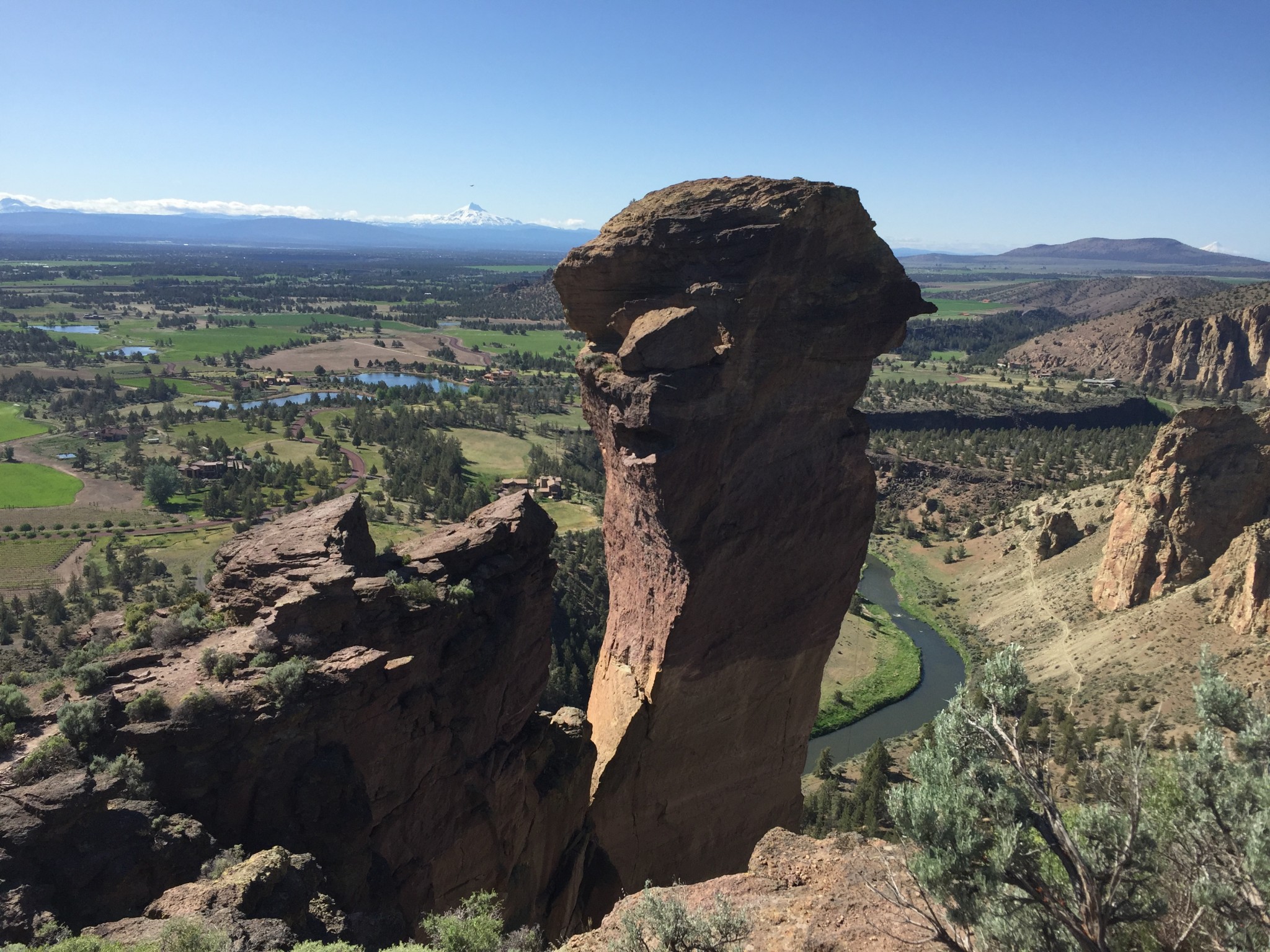 Monkey Face is one of the most recognizable rocks at Smith Rock. From certain angles, it really does look like the face of a monkey. It is a somewhat independent structure, which means the summit is the goal of many climbers.

Monkey Face is 350 feet tall, and has a number of climbing routes. Due to the size and shape of Monkey Face, the summit has become a goal for many climbers. There are already connections set up throughout the rock, so experienced climbers can find their way to the top. 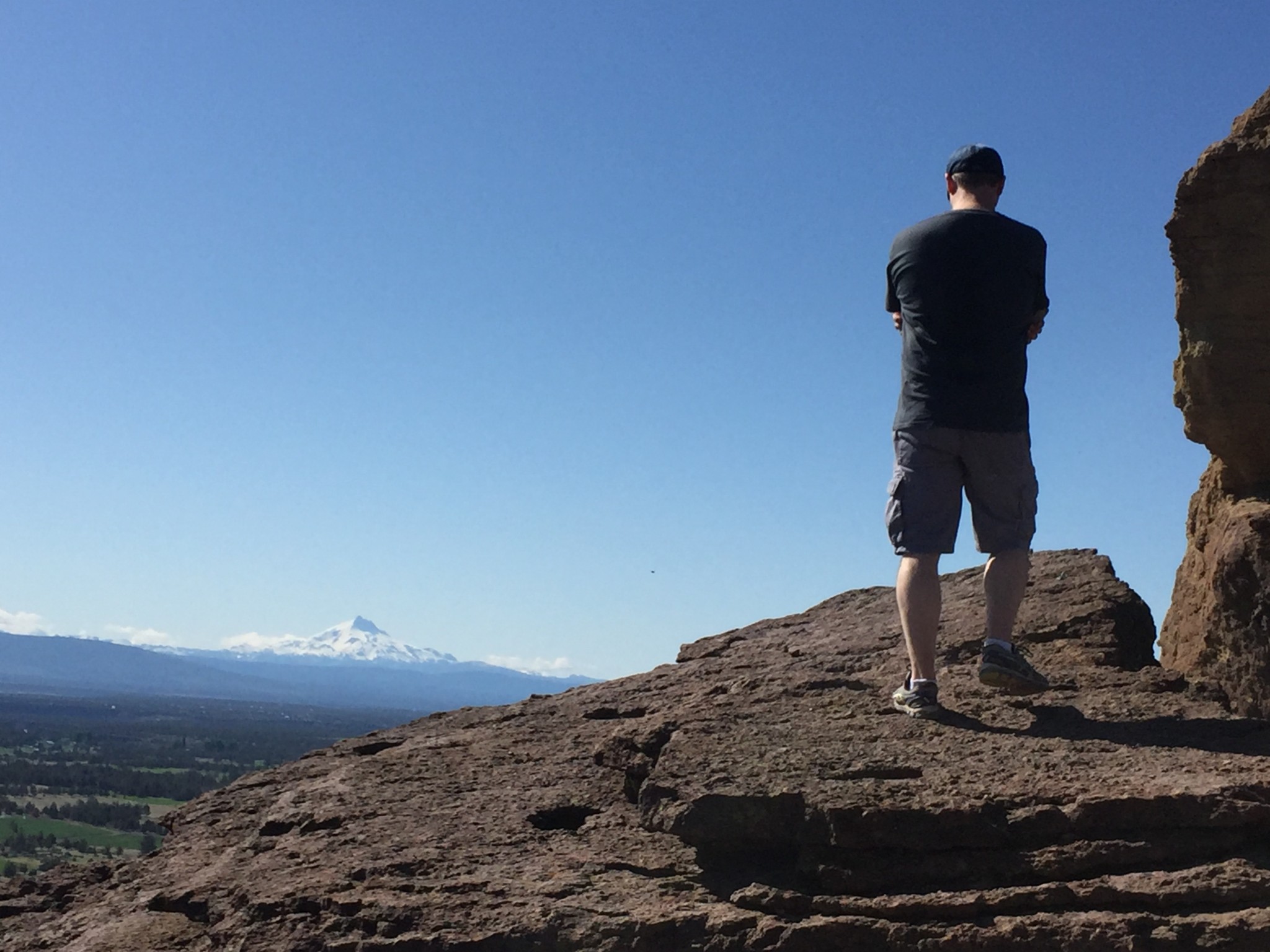 Smith Rock is one of the most popular hikes in Central Oregon, and the area sees many visitors who come to the area specifically to see Smith Rock, whether it’s for hiking or climbing.

There are numerous trails that were developed specifically for hiking, and so people of all skill levels will be able to find something perfect for them. 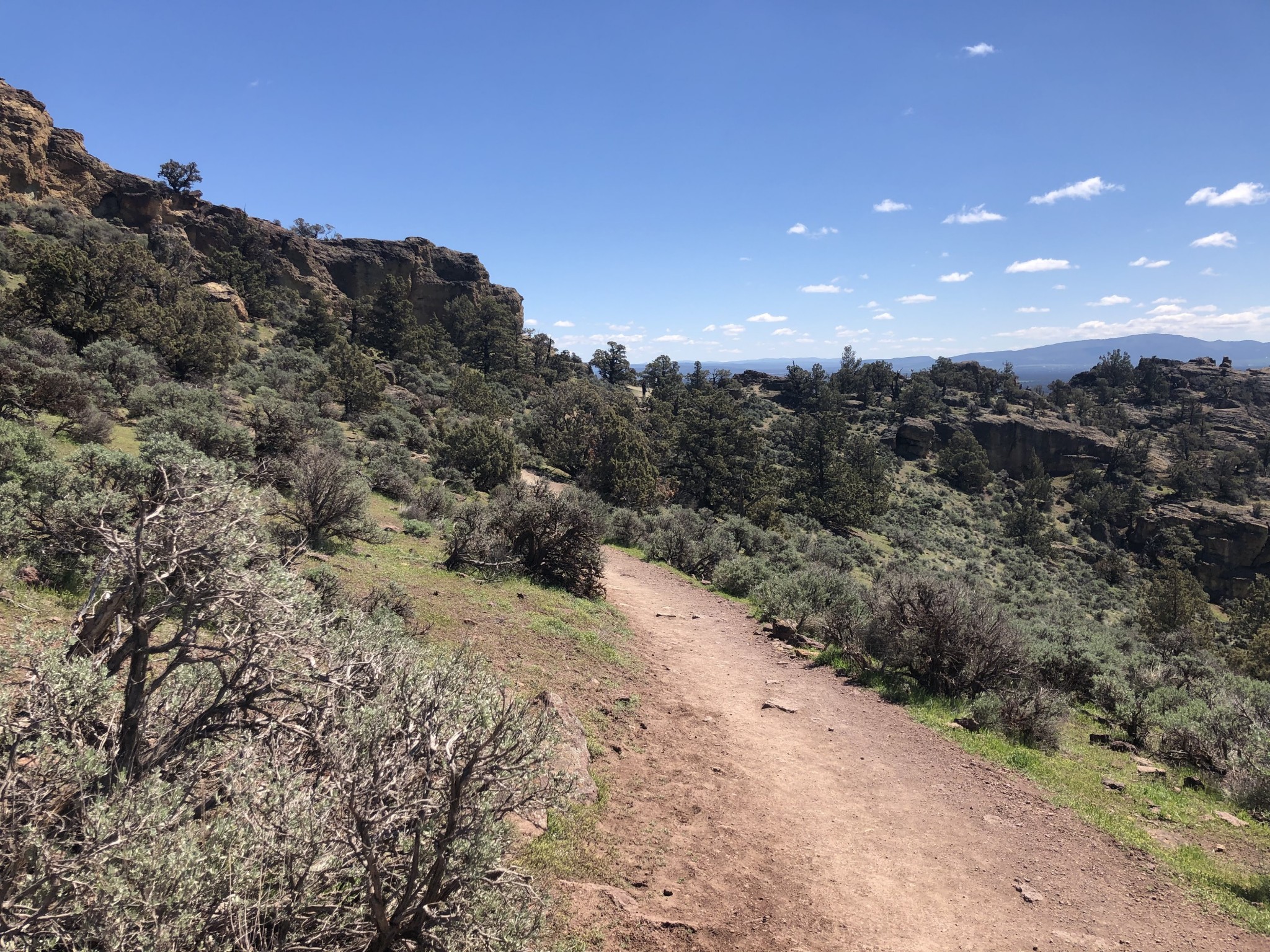 Misery Ridge is one of the most popular trails at Smith Rock State Park, because it takes you directly to the top of the rock structure. Although steep on the front, it is a fairly direct way to get to the summit.

Each time I have done it, I have been able to get to the summit from the very bottom within 30 minutes. The Misery Ridge trail is made up of a series of switchbacks, and although difficult, it is a hike that many different people can do.

9 Things to do in Bend, Oregon

The backside of Misery Ridge has a completely different view and is also a series of switchbacks. After you reach the bottom, you will have a 1-2 mile hike wrapping around Smith Rock before you get back to the front.

Smith Rock has some very well-planned trails, but just remember, it’s still nature. Every year a number of people die because they got too close to a cliff or weren’t properly hydrated while doing the hike. 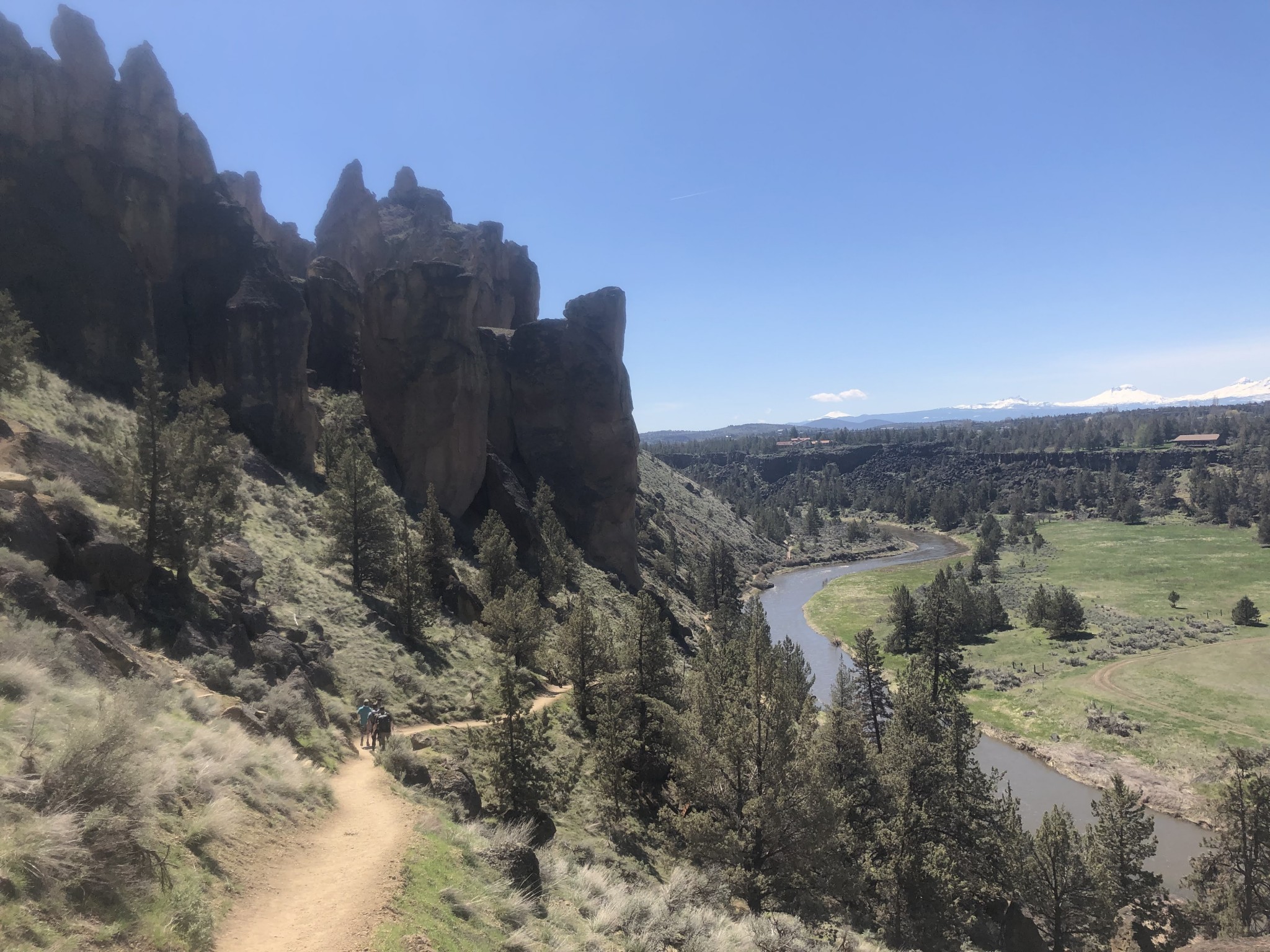 Another popular Smith Rock trail includes Summit Trail, which is much easier than Misery Ridge. Many of the trails link to Forest Service and BLM land. 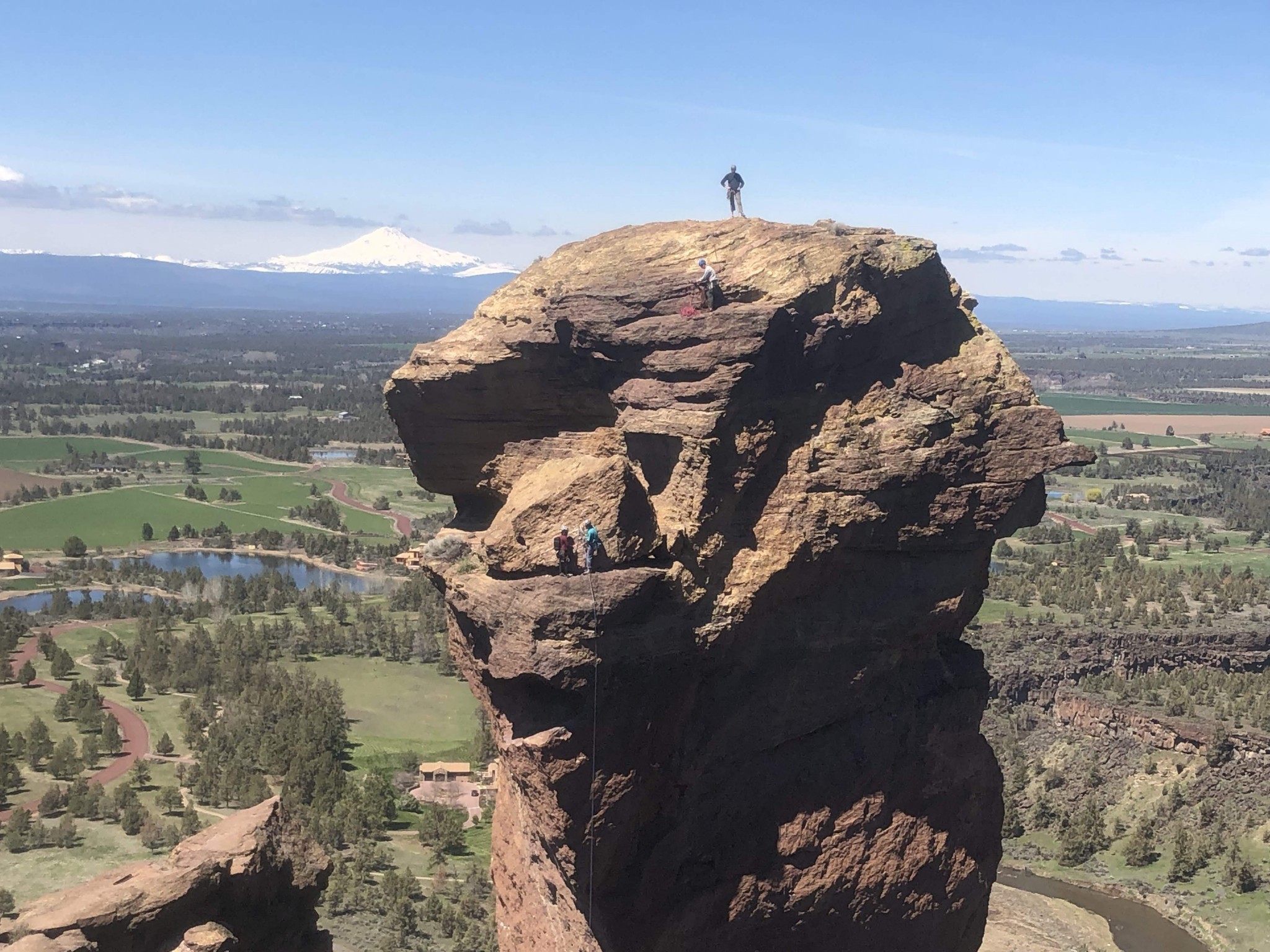 Smith Rock State Park has become an incredibly popular destination for climbers, due to its number of cliffs and the geological composition of those cliffs. The park boasts the first climb in the United States that s rated 5.14 (8b+). There are more than 1,800 climbing routes, which reduces the amount of traffic for climbers. 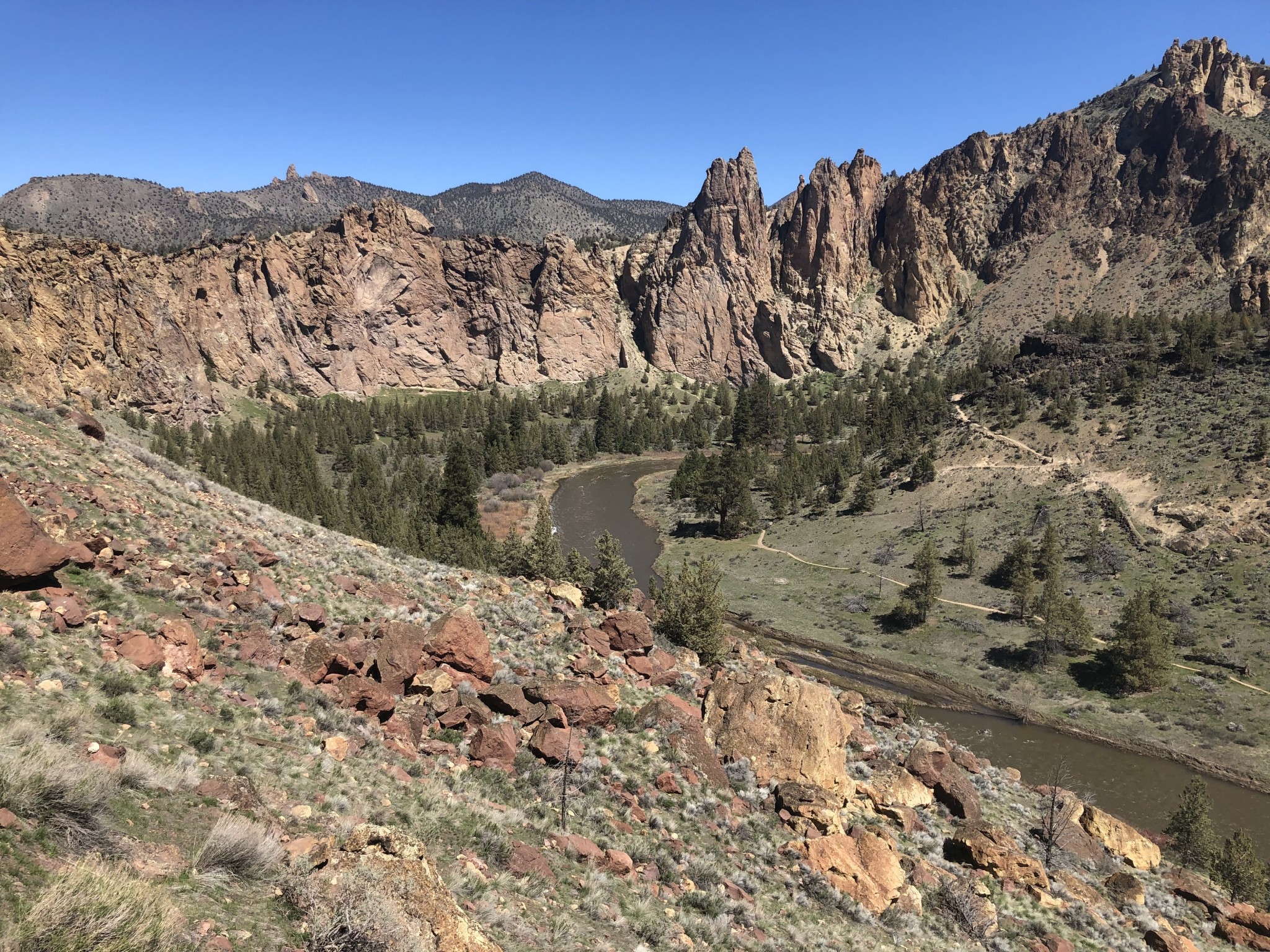 Camping is not allowed specifically at Smith Rock, but you can camp nearby. The “day-use” area of Smith Rock is open from sunrise to sunset, but not after. However, there is a campground nearby, with restrooms and showers, but it only allows tent camping.

8 Bend, Oregon waterfalls you can easily hike (or drive) to

There is also another campground nearby, Skull Hollow, located on BLM land.

Although you can’t camp at Smith Rock, there is plenty of camping in the area — including glamping in Oregon. Here are some tips. 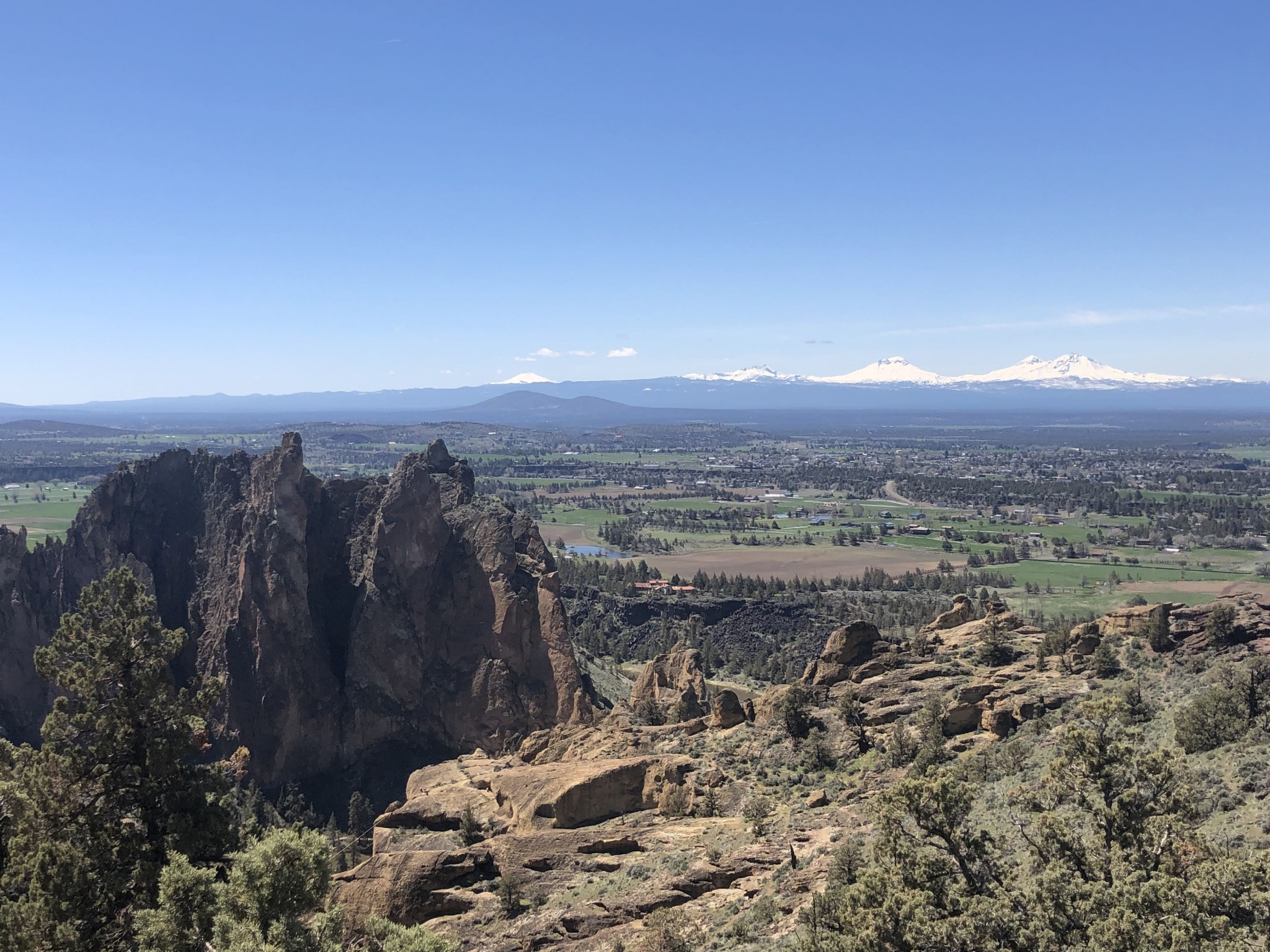 If you are visiting Smith Rock, you will need to purchase a day pass. Usually this is less than $10, and you can buy it on site.

Oregon’s Tamolitch Blue Pool hike: How to get there

Please make sure to purchase this pass, because if you are caught without one it could be a big fine. It’s also up to visitors to help pay for upkeep of the site, and your contribution will help maintain Smith Rock State Park for years to come. 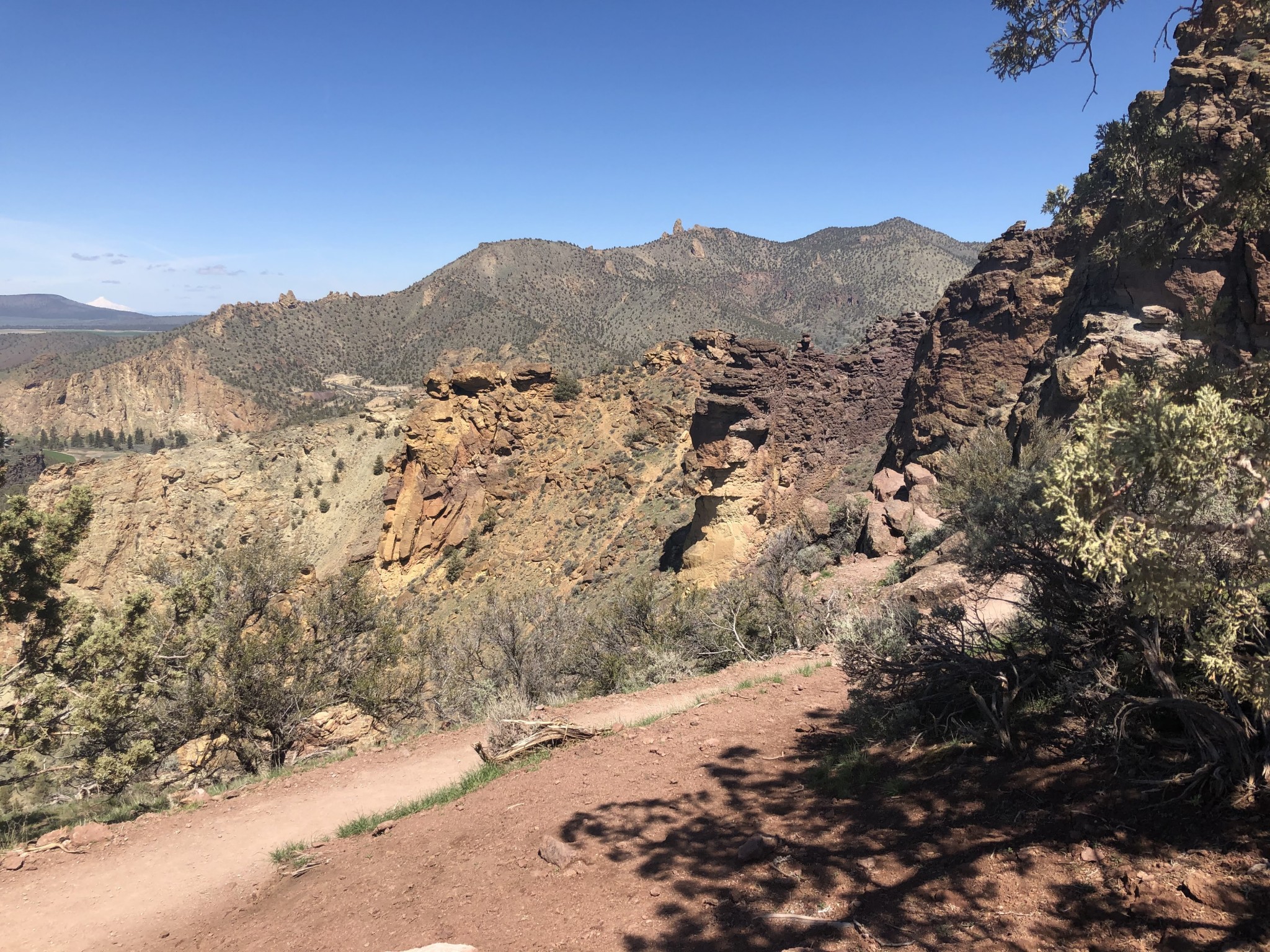 Central Oregon is an interesting place. Although Bend, Oregon tends to be the centerpoint for travelers, there is so much geology in the area, which makes it perfect for outdoors enthusiasts of all kinds.

The volcanic rock makes it an interesting place. The geology has formed most of the rivers, cities, forests, and all the hikes you want to do in the area. Bend has become a popular tourist attraction for outdoor lovers, beer lovers, and people looking to escape from the big city.

No matter what you are into, Central Oregon is a beautiful place and Smith Rock is a unique piece of that.

Video: Follow us on our hike of Misery Ridge at Smith Rock: